Top of the Pops; Ring Ring

Starting with the consensus Elliott wave count on an SP500  going back to 1930, we have been in the 5th wave up of the Grand Super Cycle V wave since the 2009 low. Big Q then is; are we there yet?
log scale 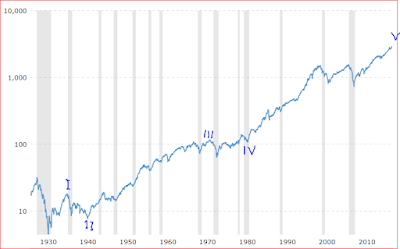 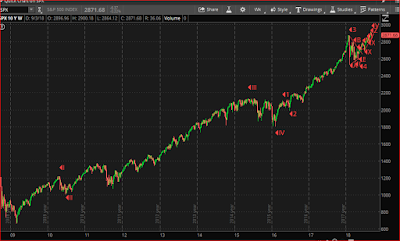 click to enlarge
Of note is the near equivalence of wave III and V around 1130 pts
The weekly bar also has negative divergence on the RSI vs the Jan '18 spike. 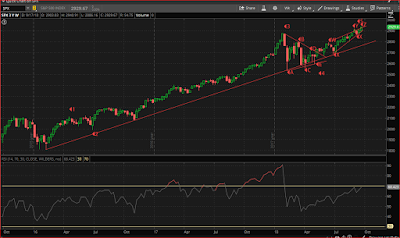 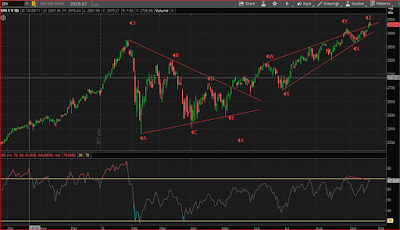 click to enlarge
Note the daily RSI negative divergence.
We are now in the 5th of the V of the Grand Super Cycle 5th Wave. ( I botched the degree labeling on these but point remains). 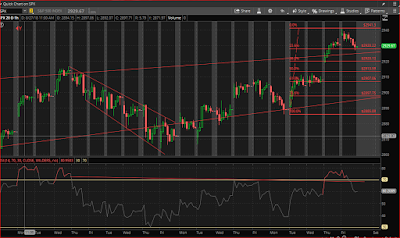