WTI is struggling to regain some of the territory given up yesterday, as it continues the 2 week long divergence from it's inverse correlation to the USD. (WOW)

API inventories rose vs expectations of a draw last night.

SP's eroded below the last months rising trendline (on the wedge).

And Larry Summer's gone on a much deserved vacation after announcing his resignation.

And finally, this mornings Yuk:
NEW YORK—Spanish Prime Minister José Luis Rodríguez Zapatero declared that the European debt crisis is over but said that the governments have to work better together and with markets to stave off such events. 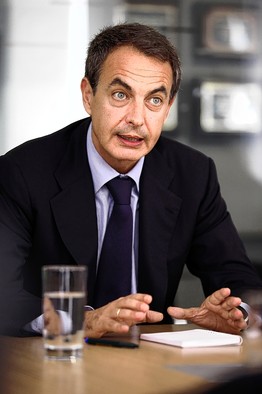 "I believe that the debt crisis affecting Spain, and the euro zone in general, has passed," Mr. Zapatero said in an interview with The Wall Street Journal on Tuesday.
One lesson learned from the market turbulence that hit the euro zone in recent monthsis that a single monetary policy isn't enough for the European Union, Mr. Zapatero said. "We require further convergence to boost competitiveness, and stronger principles to implement balanced economic and fiscal policies."
Mr. Zapatero, who said he expects no contractions in gross domestic product in coming quarters, offered a robust defense of Spain's economy and the austerity package he has pushed through Parliament.

Would you buy a used car from this man?